THE YOGA OF CUSTOMER SERVICE 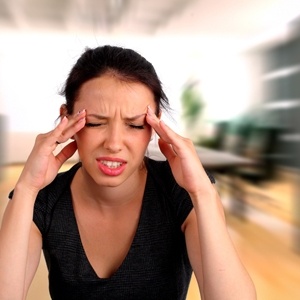 The day began with one of my least favorite tasks – calling Verizon to alert them that, yet again, we had no internet. (We live in the woods, where nature often likes to create obstacles to technology). I’d already put off lodging my complaint for nearly 18 hours, but now I really had to address it, so I could get back to work.

I confess that I’d waited until Monday morning, with the weekend behind me, in the hopes that I’d be transferred very quickly to a nice familiar-sounding English-speaking customer service agent in the U.S. But I wasn’t. Mohammed answered my call in his lilting obviously-Indian accent.

Phone customer service work has got to be some of the worst work there is. You have a never-ending stream of angry, frustrated people to contend with. Plus, these angry, frustrated people have a cloak of anonymity to hide behind, allowing them to bring their very worst selves to the table. Perhaps it was being aware of this (and remembering my own experience in customer service) that helped me to greet Mohammed with my sense of humor and patience intact.

When Mohammed asked me what the problem was I decided to speak to him as if he might understand, care and be able to help. His response was a remarkable amount of sympathy, politeness and respect. My sense of humor and hope remained intact.

It wasn’t fixed by the end of the day. But more importantly, Mohammed did call me, just as he said he would! And when I told him that it wasn’t fixed, he stayed on the phone with me (past the end of his shift) until he’d spoken to a technician. And then he called me the following morning to be sure it really was fixed! (And it was.)

This was an example of – without a doubt – some of the best customer service of all time. Verizon should give that man a medal. What’s interesting to me about it, though, is the remarkable impact of this one brief exchange with a stranger. By the end of our few minutes of conversation, during which we discussed nothing of substance, I felt as if Mohammed had become my new best friend. He went above and beyond in his kindness and attention. I was so moved by his behavior toward me that my best self had no choice but to show up. As a result of Mohammed and that brief exchange, my day unfolded with ease, gratitude, hope, even delight. It filled me with hope for humanity!

Customer service can be some of the worst work there is, yes, and it is so important. It’s where we practice our civility. It’s where we have an opportunity to demonstrate what it is to be a decent human being who cares about others, even if they’re strangers. And that is sooo needed in our world right now. We all need to feel this and to practice it. The long-term health of our society requires it.

It’s so easy to let these brief moments with a stranger – especially when one is unhappy – go awry. But if we can commit to being kind even in these moments – to be decent, to be patient, to treat them not as an anonymous stranger, but as a human being – these small moments can truly have a tremendous impact.

When a stranger does have a positive impact on you, tell them. Acknowledge it. For your own good and for theirs, tell them. Let someone know they’ve made a difference.

I told Mohammed he’d had such an impact on me that I was writing about him. I know he appreciated hearing that. Wherever he is, I hope people are being nice to him. And I hope Verizon gives him a raise.

The Yoga of Customer Service. We all – no matter our profession – can be bearers of hospitality and participate in the most important yoga practice there is – the yoga of human relationship.

Thank you, Mohammed. You made a tremendous impact on me.

May we all meet kind people today. And may we be someone’s kindness today.